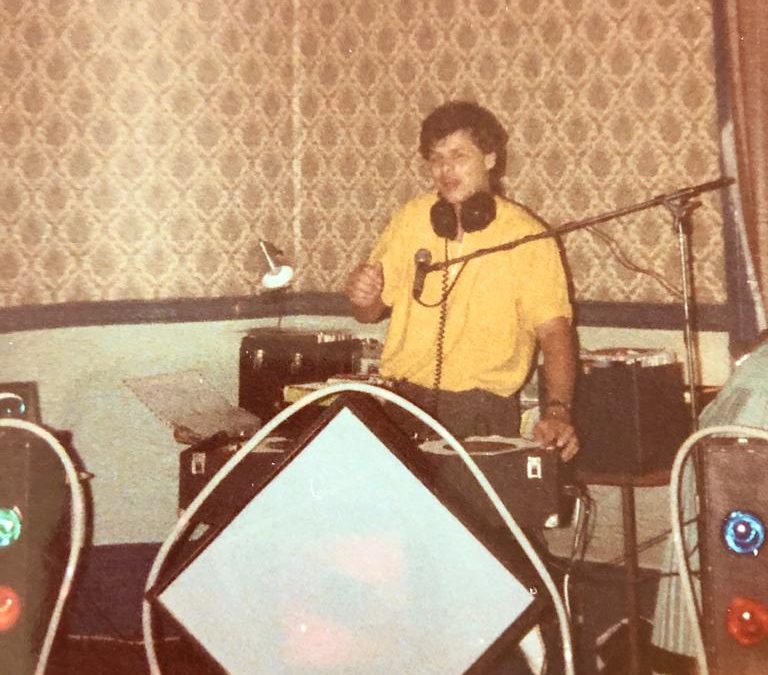 I guess it all really started way back in 1985. When, with a heavy heart, I packet away my drum kit and switched my focus to become a DJ…..

My first set of DJ decks

Of course, the very first thing that’s needed to be a DJ…..is some actual DJ equipment! A set of decks to start with and then some speakers and lights. Fortunately, I was in full-time employment at the time, so was able to save a little bit of money each month. Finally, after what seemed like many months of saving, I was able to buy my first ever set of decks. These were known as the Citronic Thames Mk11 (check those retro beauties out in the pic!) But then came the difficult part, I had to learn how to use them. Easy right? Wrong. Remember, back in 1985, there were no YouTube videos or online forums to help. That’s right, all I had was an operators manual, which I studied in every spare moment I had.

What else is needed?

Then came the speakers, these were from Roger Squire, which was standard kit for most DJs back in the ’80s! Still to this day, two of my best friends reminisce about how we went all the way over to North London to pick them up and then carried them all the way back home by tube and bus. Next up were the lights, which was actually the most expensive bit, but with the least technology involved. The only functions were on or off and red, blue or green! But even in those early days, for me, it was all about the music and getting people on the dance floor. It’s funny, but I think some things will never change.

Once I had everything I needed in place, I was very lucky to start picking up gigs all over London. From birthdays to weddings, to just people that wanted to party. I was using all these occasions to practice and learn how to be a better DJ. One of my very early memories of Djing was a lovely couple who came up to me to let me know that they were both 75 years old and asked if I could play ‘Relax’ by Frankie Goes To Hollywood. I can still remember the dancefloor was packed and there they were, this absolutely amazing couple doing the waltz around the edge of the dancefloor. It was then that I had a feeling I must be doing something right.

So that’s how the 80s went! There were lots of huge hits in those days, which as we all know are still really popular now, so make sure you add them to your requested playlist.